Environmentalism has grown to become a subject of passionate discussion in recent decades. The western world is zealous for the protection of the natural environment and we should be thankful that this is the case. Just think about the consequences of a world where environmental destruction was fashionable. However, putting the environment on such a high pedestal elevates it beyond its proper place in relation to God and Man. Only a biblical understanding gives us what we need to be truly responsible stewards, including of the environment.

A foundation in Genesis
Before we consider the claims of the environmental movement let’s first remind ourselves of some pertinent truths from God’s word. We are greatly helped in our understanding of this subject by the first three chapters of Genesis. In Genesis chapter 1 we learn about God’s work of creation. On the sixth day of creation God’s final creative work is Man. Verse 26 of Genesis 1 says, “Then God said, ‘Let us make man in our image, after our likeness.’ ” Mankind is set apart by God as special in His creation because they are made in His image.
God as creator is one characteristic we could single out from these verses as an attribute we should reflect as His image bearers. No pre-existing material was needed for God to create. We, on the other hand, create using what God has already made. Utilizing the natural resources that God included in his good earth was part of God’s intention for us. This is made explicit in the command God gives next.
God’s first command to His image bearers follows immediately after in the creation account in verse 28: “Be fruitful and multiply and fill the earth and subdue it, and have dominion over the fish of the sea and over the birds of the heavens and over every living thing that moves on the earth. ”This is often called the “creation mandate”, and it is the first example in Scripture of what it means to be an image bearer.
The first two people made by God, Adam and Eve, as well as their offspring, are not merely to stay put in the garden of Eden, enjoying its fruits and its beauty. They have work to do. They are called to multiply, fill the earth, and subdue it. The word ‘subdue’ means to bring into bondage or to make subservient. God made us as vice regents under Him, so that we would rule over the creation. God also commands Adam and Eve to have dominion over the living creatures.
Some have taken “subduing the earth” and “having dominion” to mean that we have unbridled authority over nature to do whatever we like with it, however, this view takes these verses out of context from the rest of Scripture. In the creation account we read that what God made on each of the days was good. The fact that God called what he had made good before there were any people to make use of it tells us that the created order serves something beyond what Man might use it for.
We also know that God has a caring and compassionate character. We, as image bearers, should reflect God’s care and compassion in our attitude toward creation. We must remember that we are only stewards, taking care of God’s world on His behalf. One day we will be called to give an account for our stewardship.
God’s creation is very good, but the creation mandate implies that it will be cultivated, developed, and improved in a responsible manner. The creation mandate is not a footnote in the account of creation. It’s the opening words of dialogue between God and Man, the first commandment given by God and the climax of the first chapter of the Bible.
Paradise lost
Man’s fall into sin followed soon after the giving of the creation mandate. Because of Man’s sin God curses the creation and as a result Man’s relationship with creation becomes defined by antagonism.
In Genesis 3:14b-15 God said to Adam, “Cursed is the ground because of you; through painful toil you will eat food from it all the days of your life. It will produce thorns and thistles for you, and you will eat the plants of the field. By the sweat of your brow, you will eat your food until you return to the ground, since from it you were taken; for dust you are and to dust you will return.”
Our work requires toil and is accompanied by frustrations. Thorns and thistles are the examples given in Genesis, which represent the far-reaching effects of the fall on our relationship with creation. Man is now exposed to a multitude of difficulties from creation: disease, extreme weather events, wild animals, and pestilence. These bring frustration and danger to our daily existence as well as being agents of our demise; a return to the dust.
A further consequence of the curse of sin is that we have a negative effect on creation. It’s not explicit in chapter 3 of Genesis but we know from experience that man’s existence and activities can have detrimental effects on the environment. We contaminate the air, land, and sea with our emissions, discharges and waste, and we compete for space and resources with other living things.
Despite the effects of sin, a paraphrase of the creation mandate is repeated to Noah and his sons as representatives of the human race (Genesis 9:1-2). From here and other places in Scripture where this mandate is repeated, we learn that the fall into sin did not remove the significance of this command. If anything, the fall broadened the implications of this command to include work we do to overcome “thorns and thistles”.

Environmentalism without God
The prevailing paradigm of today’s environmentalism is one that seeks to place a value on the environment without reference to God. In attempting to invent our own set of values we have turned God’s hierarchy of value on its head. From the creation account we saw that God is the ultimate authority and the one of highest value in the universe, with Man holding authority delegated by God over creation and set apart as special within creation. Environmentalism places the natural world at the top of the hierarchy in the place of God, or at least on par with human beings, and accords the God of the Bible no value or pretends He is non-existent. In Romans 1 we learn of the tendency of Man to worship the created things rather than the creator. Making the environment a god to be worshiped is a reversal of the created order and results in an elevation of the environment above where God placed it.
Without accepting God’s system of values, we get ourselves into all kinds of moral quandaries. Some ecologists1, in what seems to be an attempt to exclude God, put forward biocentrism as the answer, which grants all living things moral significance alongside human beings. But such an idea immediately clashes with our moral sensibilities. What would such a person eat, and how would they treat bacterial infections if even lettuce leaves and Streptococcus bear moral significance? Leaving God out of the picture results in a scrambled worldview and leaves us with an unworkable ethic. Only a Christian worldview is sufficient to deal with the question of environmentalism.

The state of the environment
The environmental movement claims that the environment is getting worse by every measure. According to the World Watch Institute “The key environmental indicators are increasingly negative. Forests are shrinking, water tables are falling, soils are eroding, wetlands are disappearing, fisheries are collapsing, range-lands are deteriorating, rivers are running dry, temperatures are rising, coral reefs are dying, and plant and animal species are disappearing.”2 Such claims mislead us to believe that the state of the world is much worse than it actually is. Bjorn Lomborg, in his book “The Skeptical Environmentalist”, makes a compelling case that statements like these are based on cherry-picked data that contradict what long-term trends actually show3.
We continually hear about looming ecological collapse and near-term human extinction as a result of these claims. According to Greta Thunberg, the year 2030 will be the point of no return “that will lead to the end of our civilization as we know it”4. Humanity’s appetite for bad news drives this apocalyptic rhetoric. Wealth and influence are on offer to those willing to be merchants of environmental doom despite its factual inaccuracy. This isn’t to accuse all involved in environmental advocacy of insincerity, rather, it is simply to note that there are ulterior motivations at play that contribute to the distorted picture that the environmental movement puts forward.

Development vs Conservation
The environmental movement believes that untouched nature is the most desirable state of the environment. We see this unfolding in the stiff opposition to development of infrastructure and nature-modifying business activities, regardless of the clear benefits and despite the proportionate lengths taken to protect the environment. Houses, roads, ports, factories, power stations, and irrigation schemes, that would otherwise have been responsibly built, are held up and often prevented in the name of protecting the environment. There is plenty of scope for development while still conserving areas of natural beauty. Even 7 billion people only utilize a fraction of the earth’s land area.
We should reject the idea that development of the world around us necessarily undercuts the environment. In fact, the wealth created by these activities affords us time and resources with which we can care for the environment.

Overpopulation
One of the concerns of the environmental movement is human overpopulation.The environmentalist would say that the root cause of environmental issues is too many people. According to Cafaro and Crist (2012)5 population growth is a major force behind many of our most serious ecological problems and that ending population growth is a moral imperative. This argument is rooted in an anti-human philosophy that degrades us to just another species. While it’s true that humans are part of the problem insofar as we behave badly due to our sinful nature, overpopulation advocates fail to acknowledge that we are also part of the solution. Human effort and innovation has greatly improved environmental outcomes in the last century despite a booming population.
In response to the perceived threat of overpopulation, it is increasingly common for couples to choose to have one child or even no children. One of the reasons (or excuses?) given, is that it is the best thing for the planet. Having more than one or two children is increasingly met with raised eyebrows by those enlightened to environmental concerns. We needn’t be drawn in by such thinking, instead, we should have confidence in what God’s word says on the subject.

Conclusion
In the end we must listen to what God says about His world and how we are to live in it. We cannot invent our own values without serious consequences. The exaggerated claims of environmental ruin and catastrophe don’t bear much scrutiny as well as clashing with biblical thinking. The principles of the creation mandate should be what guide us as we seek to steward God’s creation in a way that reflects His image, and is to His glory.

Reference list:
1 Taylor, P.W. The ethics of respect for nature, Environmental Ethics 3 (3):197-218 (1981)
2 World Watch Institute. (1998). State of the World 1998: A Worldwatch Institute Report on Progress Toward a Sustainable Society
3 Bjorn Lomborg. “The Skeptical Environmentalist”
4 Thunberg, G. “No One Is Too Small to Make a Difference”
5 Cafaro, P., & Crist, E. (2012) Life on the Brink: Environmentalists Confront Overpopulation

Reuben van Ameyde is a member of the Dovedale Reformed Church.

Photo by NASA on Unsplash

Photo by Dan Meyers on Unsplash 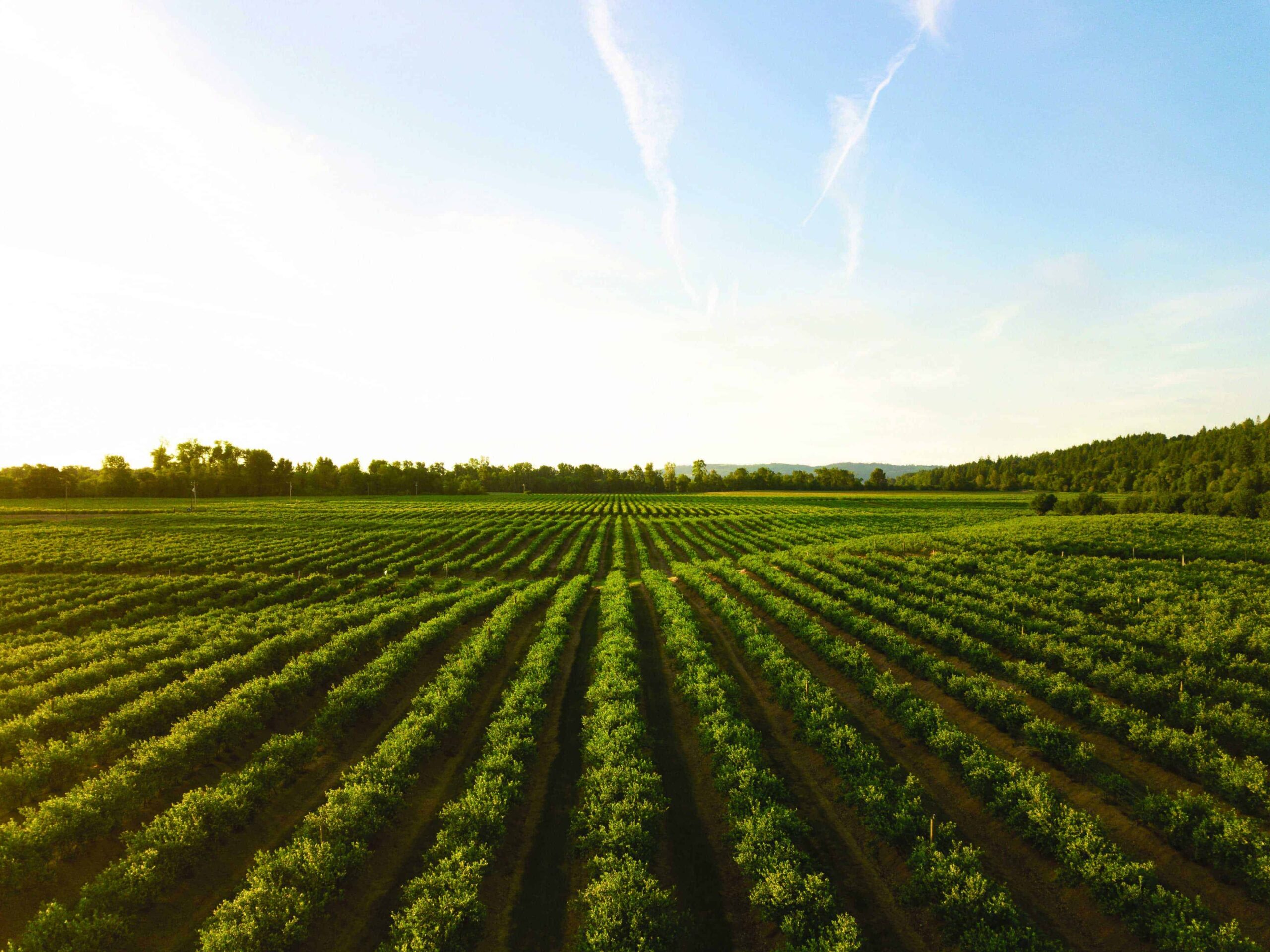 About the Author: Reuben van Ameyde